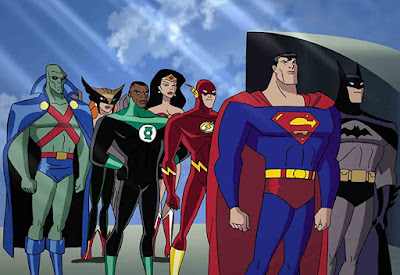 In the late 1990's, thanks to the success of the Batman and Superman cartoons, Warner Bros. Animation decided to proceed with plans for a Justice League cartoon. There were many ideas floated around the offices of Warner Animation about how to bring the show to life. First and foremost, Bruce Timm and his team would be the showrunners, for obvious reasons.

The show was originally going to feature the classic Silver and Bronze Age versions of The Justice League. Barry Allen was set to be The Flash, Hal Jordan was going to serve as the show's Green Lantern. Hawkgirl was not going to appear and John Stewart was only supposed to make a cameo appearance. Aquaman was also meant to be a main character. The producers abandoned that approach as they thought it would feel like an extension of the old Super Friends cartoon. More diversity was desired and they wanted the show to feel modern. So, Hal and Barry were deleted and they brought in John Stewart (who was more brash and aggressive than Hal) and Wally West (who was considered by Bruce Timm to be younger and cooler than Barry). Hawkgirl was added for more female representation as well. Martian Manhunter, the alien known as J'onn J'onzz, was originally set to make only a few cameo appearances in a couple episodes. The producers felt, since he was a founding member of the team, that J'onn  should be part of the main cast. 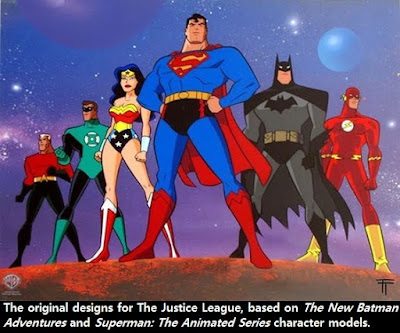 Justice League debuted to much fanfare on Nov. 17th, 2001 on Cartoon Network. The show was clearly an extension of the DC Animated Universe and all the characters were faithful to their comic book counterparts. Kevin Conroy returned as the voice of Batman but Tim Daly was replaced by George Newburn as the voice of Superman.

The great thing about this show is, because of the ensemble cast and their differing traits and characterizations, a diverse set of plots and adventures could be had. Wild science fiction stories could be told along with the more grounded crime fiction shows. Because it's a team show the character interactions are what make it special. We get to see how each of the main characters approach their roles as superheroes and how they sometimes clash with their teammates. 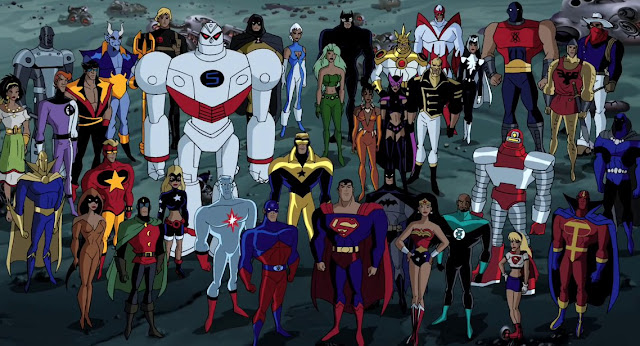 In 2004, the show was rebranded as Justice League Unlimited (abbreviated to JLU). Bruce Timm has famously said that the final episode of season 2 was supposed to be the finale but, because of high ratings, Cartoon Network ordered more episodes. Rather than continue on with the same show, Timm and his producers decided to make a new show that was based on those first two seasons. Rather than simply show the Justice League in more cartoons, the new show would feature an expanded cast from all corners of the DC Universe.

The new cast included the original show's stars but now featured Green Arrow, Black Canary, The Question, The Huntress, Supergirl, Booster Gold, and Captain Atom, among others. Justice League Unlimited was a broader show than its predecessor with many multi-part story arcs. It continued to explore the main characters motivations but also seemed more operatic in scope. The fun sense of adventure and banter between the characters remained but I think the new show told better stories. A fun thing for any DC Comics reader to do is to watch the show and see how many tertiary characters you can spot. I always remember seeing some of my favorites (like Swamp Thing) appear briefly in the Watchtower (the Justice League satellite headquarters).

In many ways, this is my favorite superhero cartoon based on DC characters, even if I revisit it less than BTAS or Superman. The expanded cast and the expertly crafted writing and dialogue shows that Bruce Timm, Paul Dini and the other producers really understand these characters and the world they inhabit. Justice League was a great team-up show with a lot of heart. JLU was all that and more, telling deeper, more layered and dramatic stories while still managing to be fun. I know this is a beloved show and I highly recommend it as well. It's reputation is well deserved. 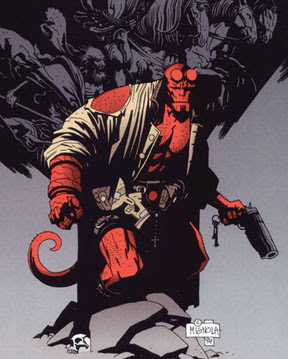