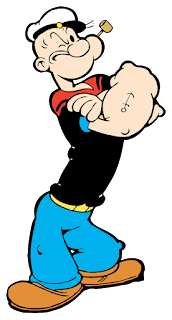 Best known as a cartoon character from the 1930's and 40's and rebooted several times from the 1960's to today, Popeye was created in a newspaper comic strip by King Features Syndicate called Thimble Theatre, written and drawn by Elzie Segar.  The character would eventually grow so popular that he took over the strip and it was renamed in his honor. 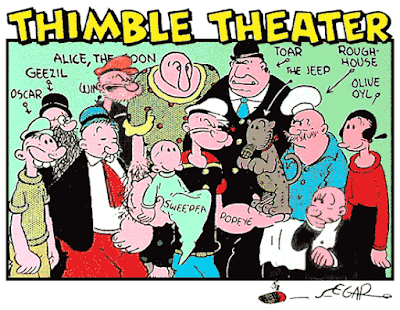 The Popeye strip and cartoons showcase the adventures of a working class sailor named Popeye and his love interest, Olive Oyl (who was the main character in Thimble Theatre for ten years before Popeye debuted). The cast of characters is rounded out by the frequent antagonist, Bluto (later called Brutus when the cartoon was rebooted in the 1960's), the hamburger-loving, J. Wellington Wimpy, Geezil, the Cobbler, who made less frequent appearances, and the baby Swee'Pea (often pronounced Sweet Pea by the characters).
Because of the popularity of the strip with readers, young and old, Popeye would get adapted into cartoons for both film and television. This started in 1933 with Fleischer Studios. Max Fleischer and Paramount Pictures saw such success with the Popeye cartoons that they ran until 1957. In the 1960's King Features Syndicate revived Popeye with a new series of cartoons. 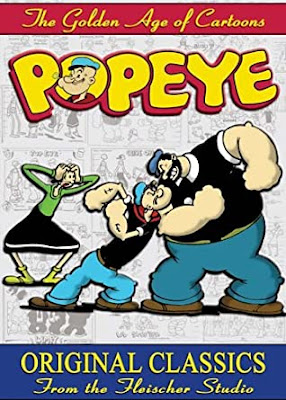 The sailor's popularity expanded yet again into comic books, video games, advertisements for everything from spinach to candy cigarettes, and in 1980 was adapted for the screen in a live action film, starring Robin Williams. 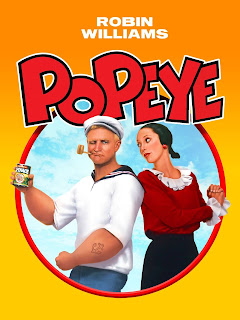 The 1980 movie feels quite literally like an old Popeye cartoon in live action, though it has elements of the comic strip version of Popeye too. The performances are probably as faithful to the Popeye cartoons as is possible. Robin Williams translates the character to live action almost perfectly. The production design, sets, costumes and overall plot adapt the sailor and his world very effectively. It's a very entertaining film for its time and I enjoy it, but I have heard that some modern audiences criticize it for pacing. 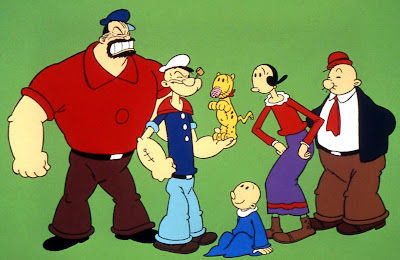 One of the most frequent tropes of the Popeye cartoons is the love triangle between Popeye, Olive, and Bluto. Bluto serves as the rival to Popeye, who usually bests the large brute in a duel of wits and strength. While this provides a lot of humor to the stories, it separates the cartoons from the comic with a key difference: Bluto only appeared one time in the strip and the comic featured more complex plots than the simple love and rivalry of the cartoons. Also, in the comic strip, Popeye rarely ate spinach. The differences in the strip and cartoon have sometimes led to the perception that the strip was for all ages and the cartoon was more children's fare though it should be noted that in the 1930's and 40's people of all ages were entertained by cartoons.

The legacy of Popeye has been one of pure entertainment for young and old alike. The stories feature a character who is an odd mix of rough and tumble mariner, caring gentleman, and archetypal hero. Charles Schultz, of Peanuts fame, called Popeye "the perfect comic strip." In all media, in all his incarnations, the sailor's adventures offer a brilliant mix of adventure and humor with Popeye as the strongman archetype. In fact, Popeye was mentioned by Jerry Siegel as one of the early inspirations for Superman. Popeye has become so beloved that he continues to endure today, still published as a strip in several American newspapers, and new cartoons and animated movies still debut every few years. 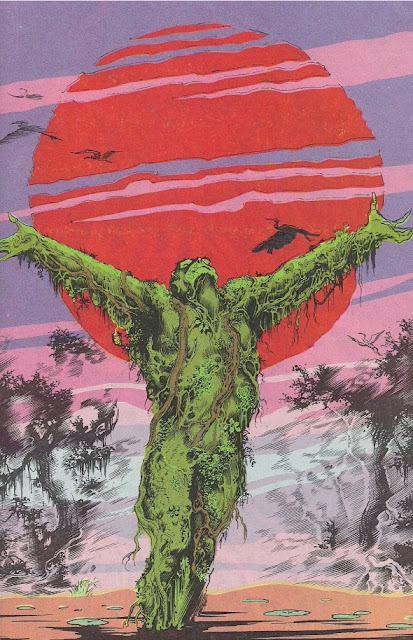